Sorghum laxiflorum and S. macrospermum, the Australian native species most closely related to the cultivated S. bicolor based on ITS1 and ndhF sequence analysis of 25 Sorghum species

Australian species make up seventeen of the worlds twenty-five recognised species of Sorghum, with the genus separated into five sections: Eu-sorghum, Chaetosorghum, Heterosorghum, Para-sorghum and Stiposorghum. Whereas the genetic relationships within section Eu-sorghum are well known, little is known about the genetic relationships and crossabilities outside the primary genepool. We made a detailed investigation of phylogenetic relationships within Sorghum to identify wild species most closely related to cultivated sorghum (with outgroups Zea mays and Saccharum officinarum). The ribosomal ITS1 gene of ten species and the chloroplast ndhF gene from nineteen species were sequenced. Independent and combined analyses of the ITS1 and ndhF data sets were undertaken. The Eu-sorghum species were resolved into a strongly supported lineage by all three analyses, and included the Australian natives S. laxiflorum and S. macrospermum in the ITS1 and combined analyses. All remaining sorghum species were resolved into a second well-supported lineage in the combined analyses, although some internal relationships within this second lineage remain unresolved. We identified S. laxiflorum and S. macrospermum as the Australian species most closely related to cultivated sorghum. Our data support a reduction in the number of subgeneric sections from five to three: Eu-sorghum (unchanged); a combined Chaetosorghum/Heterosorghum to reflect the very close relationship between these two species; and a combined Para-sorghum/Stiposorghum section, thereby removing the unclear taxonomic and genetic boundaries between these species. 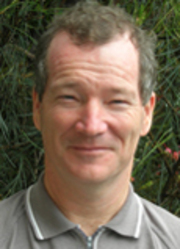 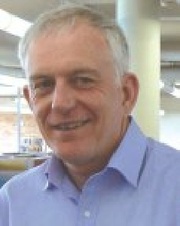